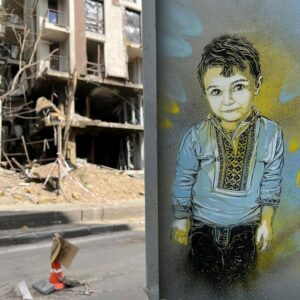 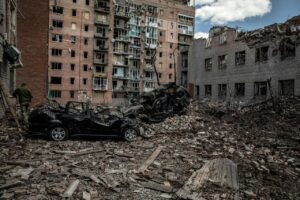 323rd day of the full-scale war in Ukraine. The Second Summit of the Lublin Triangle in Lviv, a special format for relations with Poland and Lithuania. Productive negotiations and adoption of important decisions. Poland decided to transfer tanks to Ukraine. Lithuania is transferring anti-aircraft systems to our country – the weapons we need to protect against Iranian drones and to protect our energy industry. Together with our reliable partners, we will go the way to restoring the security of Ukraine and all of Europe, to restoring our territorial integrity, to restoring peace. russian aggression must lose – and it will. We thank everyone who helps us to restore security! Each of us is a Warrior! Please stand with us! #StandWithUkraine

What is important to know about the situation in Ukraine as of January 12:

DNIPRO. The occupiers shelled the Marganets community of the Nikopol district. A dozen enemy shells flew into its territory. Several private houses and commercial buildings were damaged.

ZAPORIZHZHIA. A rocket attack was carried out on Zaporizhzhia. In one of the districts, private houses and infrastructure facilities were damaged.

KHERSON. 90 times in the past day, russia shelled the Kherson Region. One person died, five were injured. Kherson was shelled 27 times a day.

KHARKIV. The occupiers shelled Guryev Kozachok, Strilecha, Staritsa, Ohirtseve, Vovchansk, Vilcha and Novomlynsk with mortars and artillery. In the Kupyansk direction, the enemy once again attacked Dvorichnaya, Kupyansk, Kislivka, Tabaivka and other settlements. As a result of these shellings, private houses, a trade pavilion and commercial buildings were damaged. Enemy shells also hit one of the enterprises in Vovchansk.

DONBAS. During the day of January 11, the russians killed 1 civilian of Donetsk region – in Paraskoviivka. Near Soledar in Donetsk region, the Special Operations Forces of the Ukrainian Armed Forces discovered and liquidated a concentration of more than 100 russian soldiers, the General Staff reported. The General Staff also confirmed more than 20 air strikes on russian positions per day.