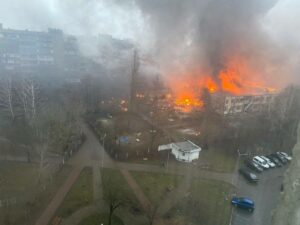 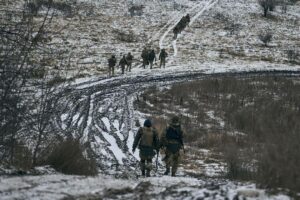 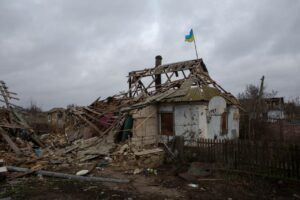 The 329th day of the full-scale war in Ukraine. A terrible tragedy occurred today in Brovary near Kyiv. The leadership of the Ministry of Internal Affairs of Ukraine, including Minister Denis Monastyrsky and his first deputy Yevhen Yenin, died in the air crash. They were in a State Emergency Service helicopter that collapsed into a kindergarten and a residential building. 15 people were killed and 25 injured. The exact number of victims is currently being established. The lives of three children, who were brought to the kindergarten by their parents this morning, were lost. At least 15 more babies were taken to hospitals with injuries. There are no words to describe the depth of this pain. Only prayers and support to all those who lost the most precious in this disaster. And even more anger and readiness to fight the russian aggressor – because it was these terrorists who brought all this suffering, loss and death to our Ukrainian land. Each of us is a Warrior! Please stand with us! #StandWithUkraine

The site of the helicopter crash in Brovary, January 18, 2023. Photo from Telegram publics.

What you need to know about the situation in Ukraine as of January 18:

KHARKIV. In Kupyansk, a russian missile from the S-300 system hit the local automobile transport college; the building was almost destroyed. According to preliminary reports, there were no casualties.

DNIPRO. The night shelling of the Nikopol district damaged power lines and private houses. No casualties were reported.

DONBAS. According to the General Staff, russia does not give up its intention to capture the Donetsk region within the administrative borders. russian troops have concentrated their primary efforts on the Bakhmut direction and are conducting unsuccessful offensive actions near Avdiivka.