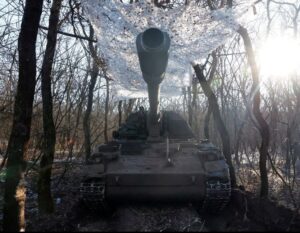 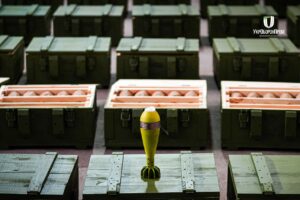 324th day of the full-scale war in Ukraine. “We didn’t lose anything. It was taken from us. Ukraine did not lose its sons and daughters – they were taken away by murderers. Ukrainians did not lose their homes – they were destroyed by terrorists. We did not lose our lands – they were invaded by invaders. The world did not lose peace – russia destroyed it,” – President Volodymyr Zelenskiy. The number one issue remains Soledar, Bakhmut, the battle for the Donetsk direction in general. Thank you to everyone who helps Ukraine! Thank you to everyone who fights for Ukraine! Special thanks to the paratroopers of the 77th separate airmobile brigade, who, together with the fighters of the 46th separate airmobile brigade in Soledar, hold the occupied positions and inflict significant losses on the enemy. Each of us is a Warrior! Please stand with us! #StandWithUkraine

What is important to know about the situation in Ukraine as of January 13:

DNIPRO. At night, russians directed their heavy artillery at Nikopol. The Marganets community was affected. A dozen enemy shells flew there. The consequences of the shelling are being investigated.

UkrOboronProm launched the production of fragmentation mines at the facilities of one of the NATO countries. Photo: UkrOboronProm

DONBAS. Yesterday, russians killed 2 civilians in Blagodatny and Avdiivka. 2 more people in the region were injured. Heavy fighting continues in the Soledar area of the Donetsk region, and russian troops are unsuccessfully trying to break through the defenses of the Ukrainian military. This was reported by Deputy Minister of Defense Hanna Malyar. russia transferred the paratroopers who retreated from Kherson to the Kreminnaya district – British intelligence.

MYKOLAIV. Yesterday evening, enemy shelling was recorded on the open territories of the Kutsurub community. There were no damages or injuries.