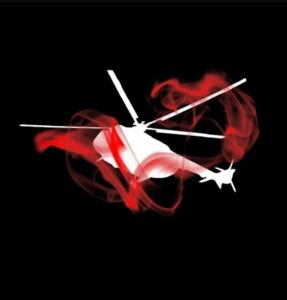 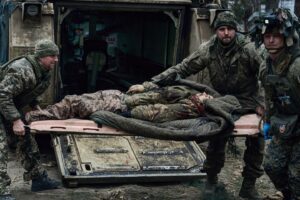 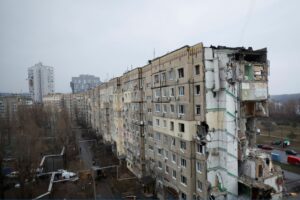 Day 330 of the full-scale war in Ukraine. The rescue operation at the site of the helicopter crash in Brovary, Kyiv region, lasted almost nine hours. Hundreds of people extinguished the fire, searched for and rescued the injured, and conducted priority investigations. According to the final data, 25 people were wounded, including 11 children from a kindergarten near the crash site. Fourteen people died, including one child. Three days of mourning were declared in the city. The Security Service of Ukraine has opened a criminal investigation into this terrible tragedy. Meanwhile, as President Zelenskyy emphasised, Donbas remains the epicentre of the most fierce and principled battles. To prevent the terrorists from taking revenge, the world must take decisive and swift steps now. We can only protect the values of freedom, democracy and human civilisation. Each of us is a Warrior! Please stand with us!#StandWithUkraine

What you need to know about the situation in Ukraine as of January 19:

KYIV. The names of the pilots and passengers of the helicopter that crashed in Brovary on January 18 have been revealed. In particular, Interior Minister Denys Monastyrsky, his first deputy Yevhen Yenin, State Secretary Yuriy Lubkovych, Assistant Minister Tetyana Shutyak, and photographer Mykola Anatsky were killed. The Interior Ministry leadership was on a trip to one of the hot spots, the Presidential Office said. A state commission has been set up to investigate the causes of the crash.

KHARKIV. russians shelled a local hospital in the Kupyansky district; a paramedic was wounded.

DNIPRO. At night, russians shelled Nikopol district with Grad and heavy artillery again. More than 30 shells hit Chervonohryhorivka and Marhanetska communities. Private houses and outbuildings were damaged. According to preliminary information, there were no casualties.

The Luhansk region. Photo by @libkos

ZAPORIZHZHIA. 153 shelling of 17 localities in the region was recorded over the day, with 28 reports of destruction. At night, the russians attacked the Matviyivka community, and residents of Zaporizhzhia heard the sounds of explosions. An S-300 missile landed in a field, and the blast smashed all the windows in a local educational institution and nearby houses.

DONBAS. According to the General Staff, the Ukrainian army repelled attacks in the vicinity of 14 settlements in Donbas, including near Soledar and Sil. US intelligence stated that fierce fighting continues near Soledar and Bakhmut, but the Russians do not have complete control over either of these settlements. Four civilians were wounded on the last day due to russian shelling.